A preview clip of Tom Cruise's Mission Impossible Ghost Protocol is now online, you may watch it below:

Will you go watch the movie Mission Impossible 4 when it comes out in theaters on December 16, 2011?
:)

The full theatrical movie trailer of Mission Impossible 4 Ghost Protocol is now online, watch it below:

MISSION IMPOSSIBLE 4: GHOST PROTOCOL
Plot:
"The IMF is shut down when it's implicated in a global terrorist bombing plot. Ghost Protocol is initiated and Ethan Hunt and his rogue new team must go undercover to clear their organization's name. No help, no contact, off the grid. You have never seen a mission grittier and more intense than this."

Here below the official movie posters of Mission Impossible 4:
(Click on a poster to enlarge.) 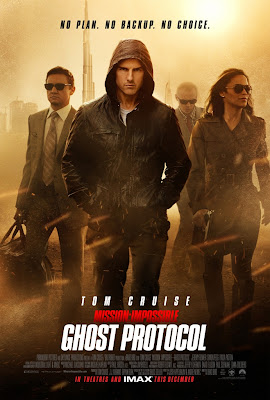 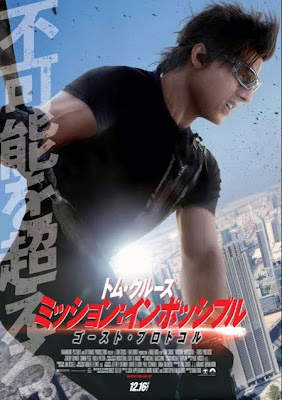 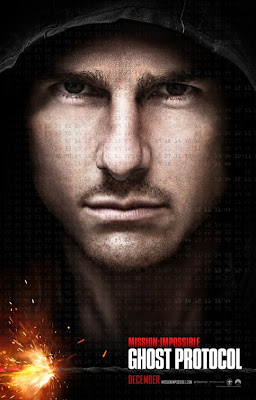 Is going to take off that hood sometime in the movie?
:?

The official title of Mission Impossible 4 has been announced: the film will be titled "Mission impossible: Ghost protocol".
(Click on the picture to enlarge.) 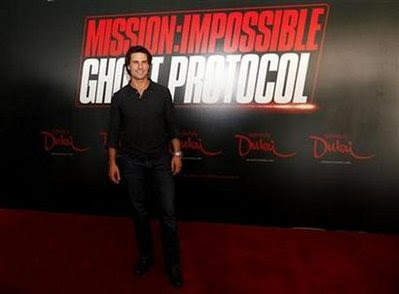 And they also revealed Dubai, the Middle-East mega city, will be one of the filming locations.
:)

Here below a few pictures of Mission Impossible 4,
(Click on a picture to enlarge it.) 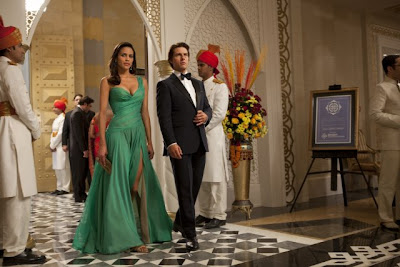 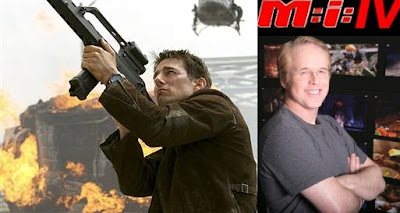 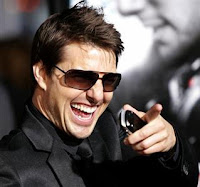 "I don’t know if I’m allowed to talk about it but everything’s signed… Brad is doing it.

The Iron Giant, The Incredibles, Ratatouille – Brad is enormously talented and JJ and I are having a blast, cranking away. We’re having a lot of fun. I like working with people I just love hanging out with. You get to hang out and laugh and talk stories and movies and technology: what are we going to do?"
Tom Cruise
MI4 would mark Brad Bird's live-action directorial debut. I'm a bit surprised that Cruise and JJ Abrams chose someone from the animation world, but I trust their choice. And wait with impatience for the movie Mission Impossible 4.
:)

Posted by Mission Impossible 4 Movie at 12:47 AM 0 comments

JJ Abrams who is producing the movie Mission Impossible 4 has hired his mates from Alias, Josh Applebaum and Andre Nemec, to write the script of MI4: 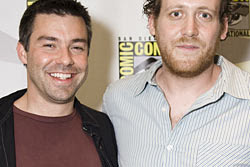 Josh Applebaum and Andre Nemec to write the script of MI:IV

"I’ve been looking forward to working with Josh and Andre again for years. Their sense of balance between character and action is wonderful, which I know is hugely important to Tom as well. We’re off to an exciting start, so, as usual, fingers crossed."
J.J. Abrams
Well I have trust in JJ Abrams' judgment. And I hope that the movie Mission Impossible 4 will as great the previous opus.
:)

Posted by Mission Impossible 4 Movie at 4:44 AM 0 comments The movie Impossible is still in very early stages but we're hearing more details about this fourth opus of the Mission Impossible movie series as time goes by.

While appearing on a popular Japanese program, SMAP SMAP, to promote Valkyrie, Tom Cruise said that they were working on the story. He even teases his Japanese public saying that they're thinking of staging a big action sequence in downtown Tokyo.

"I am incredibly honored that Tom Cruise has invited me back as producer on Mission Impossible 4. Tom and I have come up with a really cool idea we are pursuing."it’s not a literal sequel.
J.J. Abrams

JJ Abrams is probably to busy with his movie schedule to direct himself, but Tom Cruise wants Abrams' magic touch. That's why he proposed him to be producer on MI4. 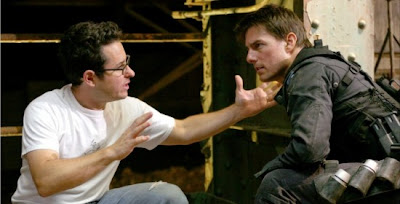 The Mission Impossible 4 is scheduled to be released in 2011.
:)

Posted by Mission Impossible 4 Movie at 3:52 AM 0 comments