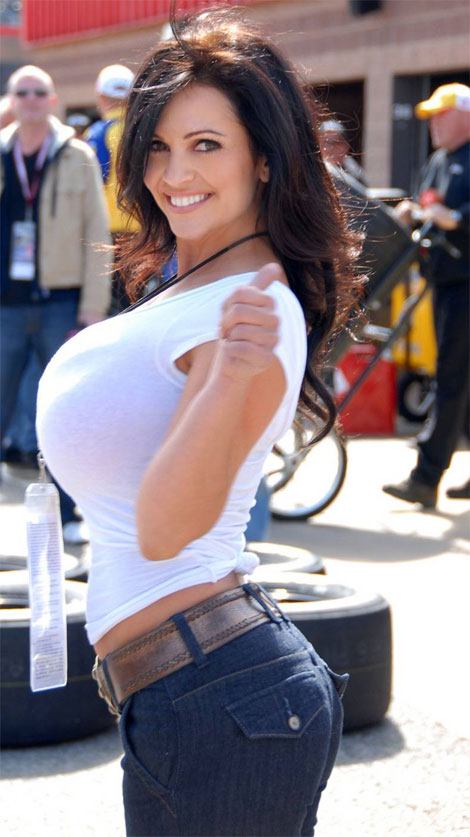 But outside the confines of Daytona International Speedway, he actually never left.

"Jamie called the week before Daytona and said, 'Are you going to have your boat in Daytona? Can I just hang around with you?' " team co-owner Felix Sabates recalled. "So he hung around with me the whole week. Chip said, 'What the hell is he doing here?'

"Jamie always felt like part of our team. He was sitting here for four years hanging around our trucks at the racetrack, so he never went very far."

The prodigal speed merchant returned last season to a grand homecoming at Earnhardt Ganassi Racing. McMurray opened his second stint with a Daytona 500 victory, posted wins in the Brickyard 400 and Bank of America 500 (at Charlotte Motor Speedway) and had five more finishes of second or third for a standing of 14th in points.

Familiarity bred success for the Joplin, Mo., native, who said he knew 90% of the organization. The strangers were the members of the crew for his No. 1 Chevrolet who had joined Ganassi a year earlier in the Dale Earnhardt Inc. merger. But McMurray hit it off well with crew chief Kevin Manion, building a rapport he lacked in four seasons at Roush Fenway Racing.

"What they did for me, and what wasn't done at Roush, is they built the cars around the driver," said McMurray, who finished outside the top 15 in points in all four seasons at Roush. "If I had to run the cars that (teammate) Juan (Pablo Montoya) is running, I would have ran very similar to how I did at Roush. "

"At Roush, you'd get crucified if you got too far out of the box (of) the setup. And it just doesn't work for everybody."

Montoya went through a similar situation as a Formula One rookie 10 years ago when Williams put Ralf Schumacher's setup in his car and expected Montoya to match his performance.

"Every person looks for something different in the car," Montoya said. "Every person drives different. So it's crazy to have the same setup for the whole team."

"You face that in a big company," Biffle said. "I can't go in and say, 'You know what, let's try this other front suspension this week.' We're building a lot of cars for a lot of people. When you have a two-car team, you don't have to go talk to the head of production. You just say, 'Change it.' The bigger the organization, the less customization you can do."

In McMurray's case, it meant less confidence, too.

"Any driver would be lying if they told you they had not ever doubted their ability," he says. "I don't know that last year validated that I can do it as much as it shows when you get in the right situation (you) can win.

"It's just about getting with the right crew chief, owner, cars and setups."

CUP: Montoya Needs Luck To Return To Chase, Victory Lane
Juan Pablo Montoya won only once in 2010 and missed the Chase for the Sprint Cup...
You couldn’t blame Juan Pablo Montoya if he were a bit envious and frustrated by all the success teammate Jamie McMurray enjoyed last year.

After all, with a little luck, it could have been Montoya who won three of the biggest races of the season.

McMurray won the Daytona 500, the Brickyard 400 and the October Chase race at Charlotte for Earnhardt Ganassi Racing.

With the right breaks, Montoya could have won Daytona and Indy and a half–dozen other races in which he was in contention only to have something go wrong.

Instead, McMurray wound up with a career-high three wins and 14th in points while Montoya had one of the most disappointing seasons of his four-year NASCAR career and was left to analyze all that went wrong.

“But it is what it is. You can’t look back at ifs and buts.”

He led 29 laps and was running fourth when his engine blew at California. He was running well again the next week at Las Vegas when McMurray accidentally wrecked him.

He led 36 laps at New Hampshire before getting into a wreck. He dominated at Indy before a four-tire stop mired him in traffic, leading to another wreck and costing him the Indy victory for the second straight year.

In all, Montoya had eight DNFs, six of them due to accidents. He was also involved in a handful of other wrecks that led to poor finishes.

Before he knew it, Montoya was buried in a hole he couldn’t get out of, costing him a spot in the Chase.

“There were so many wrecks that happened that were outside of our control,” he said. “All of a sudden there were four races gone and two of them we had DNFs, and then race five we go and Mark Martin wrecks somebody else and we end up on the top of somebody and it’s five races and three DNFs and the hole is so big to get out of it is really impossible.

“You’ve got to finish and you’ve got to have some luck and that’s it. That’s all we can do.”

Montoya says he doesn’t believe in luck – “It’s just racing,” he says – but clearly it was misfortune that marked his 2010 season. With a little better luck – “racing luck” – he could have won more than one race and returned to the Chase.

Instead, he wound up 17th in the final standings, the lone highlight his second career victory, which came in August on the road course at Watkins Glen.

The disappointing season seemingly sidetracked his steady progression since moving to NASCAR from Formula One in 2007.

“Year three we thought was going to be a good year for us, and [it was],” Montoya said. “We made the Chase, we performed, we gave ourselves a chance. Last year was just an overall bad year for us. But you move on.”

Montoya takes solace in the fact that he ran well much of the season and that the team led by crew chief Brian Pattie didn’t totally self-destruct.

“We had a lot of ups and downs, but the problems we had with Brian, with the all the arguing and everything, I think all those differences were good, because at the end of the year you can sit down and look at it and say, ‘Look, we got to make sure we stay together, got to make sure we pull together, because if we don’t pull together, the whole team breaks apart,’” Montoya said. “So we know what needs to get done.”

What Montoya, 35, needs to return to the Chase is simple – stay out of trouble and finish races. The speed the past two years has been there.

“If you look at our numbers last year, all of our averages were really good,” he said. “Our averages were way over some people who made the Chase, but when you have seven or eight DNFs, how many points did you give away?

“We’ve got to run good when we can run good and when we don’t, make sure we bring the car home. We’ve got to finish races for the points.”

Also high on Montoya’s list is winning an oval-track race. He came to NASCAR known as an all-around great racer, but one who excelled especially on road courses.

All three of his stock-car wins have come on road courses – two in Cup and one in the Nationwide Series. He has led 839 laps in the Sprint Cup Series, all but 83 on ovals, but has yet to win an oval-track race.

That he also attributes to circumstances.

“If you look at how things have rolled and everything that has happened, it sucks, yeah, but it is what it is,” he said. “Jeff Gordon didn’t win a race last year and he’s supposed to be in the best cars. Dale Earnhardt Jr. is in the same cars and is not running anywhere near where he needs to run, and those are guys who have won races.

“Given the right circumstances, I think we can do it.”

Also on the horizon is a contract negotiation that could determine Montoya’s future.

He says he wants to stay with Earnhardt Ganassi and team owner Chip Ganassi, whom he won the Indy 500 and a Champ Car championship with, but there are no guarantees. He has been pursued by other teams in the past and says he may consider other offers if he and Ganassi can’t come to terms.

One thing is certain, though. Montoya has no intention of returning to Formula One or Indy Car racing.

“I’m not going anywhere. I am doing Cup for sure next year,” he said.

“The racing is so much fun. It is incredible. You always hope the cars have more grip and more stability and more things, but once you get into a race, it doesn’t get any better than this.”